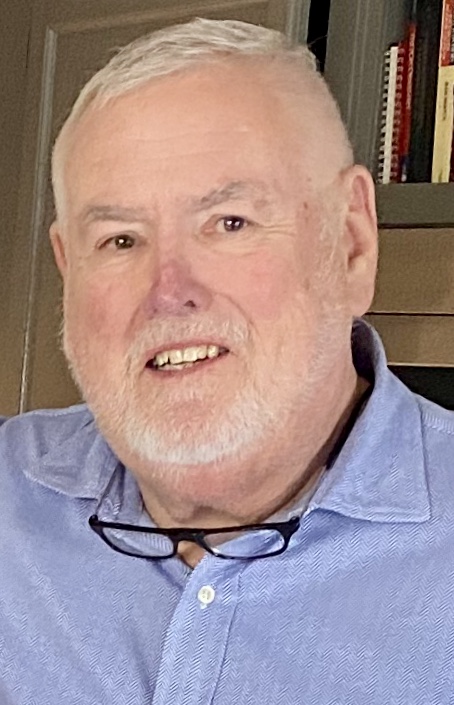 On August 27, 2020, we lost a great man, a brave hero, a fantastic father and a true love. Charles Guy Phillips was born on September 3, 1945 in Lexington, Kentucky at Saint Joseph Hospital to Edward Phillips and Maude Durbin Phillips. He had three sisters, Carolyn, Marilyn and Lee Ann and one brother, Edward, Jr. He grew up in Lee County, Kentucky. He attended Eastern Kentucky University and graduated in 1967. At E.K.U., he met his wife, Joyce McKenzie. He spent his fifty-three year marriage to her holding her hand. Shortly after graduation, he joined the Army as a Second Lieutenant and served in the Vietnam War. He received numerous medals, including several bronze stars for valor. After Vietnam, he returned to E.K.U., received his M.B.A. in 1970 and became a Certified Public Accountant.

Charles worked at Arthur Andersen in Chicago, Illinois and Ernst & Ernst in Lexington, Kentucky before moving to Corbin, Kentucky. Charles and Joyce raised three children, Laura Ann (married to Terry Riley), Charles Matt (married to Lisa Woods and parents of Charles Reed) and Nathan Edward (married to Erica West and parents of Evie Ann and Susannah Louise). Charles practiced accounting in Barbourville, Kentucky first with Steve Evans and recently had decided to retire from his practice that he shared with his son, Matt. Charles practiced accounting over fifty years.

Charles enjoyed being a loving grandfather, spending time with family, attending Sunday school, reading, traveling, working, going to the movies, talking on the phone with his brother and sisters, and being around people.

Charles was a Catholic and also attended Grace on the Hill. He was a spiritual man and reminded his children of the Golden Rule before he dropped them off at school when they were young. He was a respected member of his community and in his profession. During his lifetime, he was a member of many Boards and Associations, including Chairman of the Board of Marymount Hospital in London, Kentucky and as a member of the Board of Directors of Union National Bank in Knox County, Kentucky, where he made many good life long friends, namely Ray Canady, Andreae Collins, John Anderson, Jerry Carey and Barry Penn. Charles was a patriot and cherished the privilege he was recently given by Honor Flight Kentucky to travel with fellow veterans to Washington, D.C.

On August 27, 2020, one week before his seventy-fifth birthday, Charles Guy Phillips left this world to join those who had gone before him. He fought a valiant battle with cancer and he fought it surrounded by his family and friends. At the time of his passing, he was with his wife, three children and Father Anthony at Saint Joseph Hospital in Lexington, Kentucky. He is survived by his immediate family, grandchildren and sisters and brother.

He will be missed, grieved and mourned for by countless friends and family. Hopefully when he is remembered, it is with the message he gave his children all of those years before he sent them off to learn and grow, before he said good-bye, “Have a good day and remember the Golden Rule!”

Due to the Covid-19 pandemic and with respect to all those who erred on the side of caution around him due to his illness, the family has chosen to share in a private ceremony at Hart Funeral Home to be officiated by Pastor Scott Wilson of Grace on the Hill. He will be laid to rest at Pine Hill Cemetery. A celebration of life ceremony will be held as soon as conditions improve so that all friends and family can safely and lovingly share a proper remembrance.

In lieu of flowers, please consider making a donation in Charles’ memory to a homeless shelter, church or a community member. Charles believed in helping those in need.