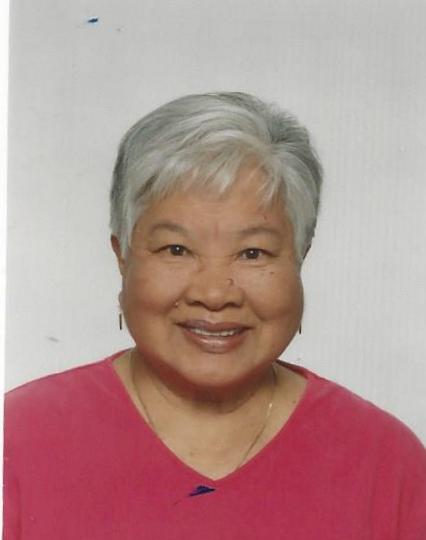 Born October 17, 1943, in the Philippines, she was the daughter of the late Ferdinand and Filomena Dioses. In addition to her father and mother, she was preceded in death by a sister, Felicia Dioses and two brothers: Bernardino Dioses and Alberto Dioses.

Funeral services will be held at 2:00 P.M. Monday, January 13, 2014, in the Hart Funeral Home Chapel with Chaplain Bob Combs officiating. Burial will follow in McFarland Cemetery.

The family of Corazon D. Boggs will receive friends from 1:00 P.M. until the funeral hour on Monday at Hart Funeral Home, Inc., located at 1011 Master Street in Corbin