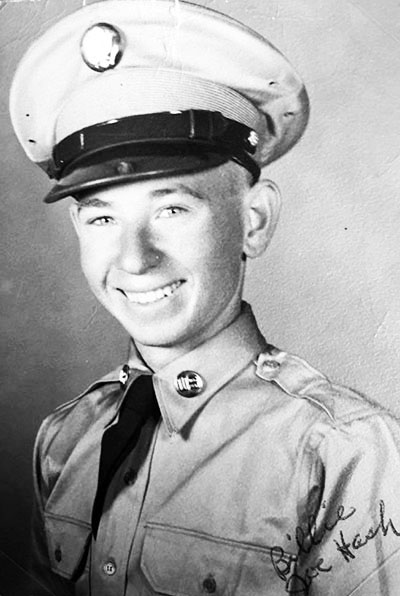 Born in Whitley County, Kentucky, Billie was the son of the late Robert “Bob” Hash, Sr., and Eliza Hash.

An Honorary Service will be held at 5:30 P.M. on Friday, August 28, 2020, at Hart Funeral Home.  The presentation of medals will be led by CPT Melissa Mattingly with the Kentucky Army National Guard, followed by a visitation from 6 – 8 P.M.

A Graveside Service will be held at 10:00 A.M. Saturday, August 29, 2020, at Worley Cemetery in Corbin. Bobby Joe Eaton will be the officiating minister. Full military rites will be conducted by the Kentucky Army National Guard.