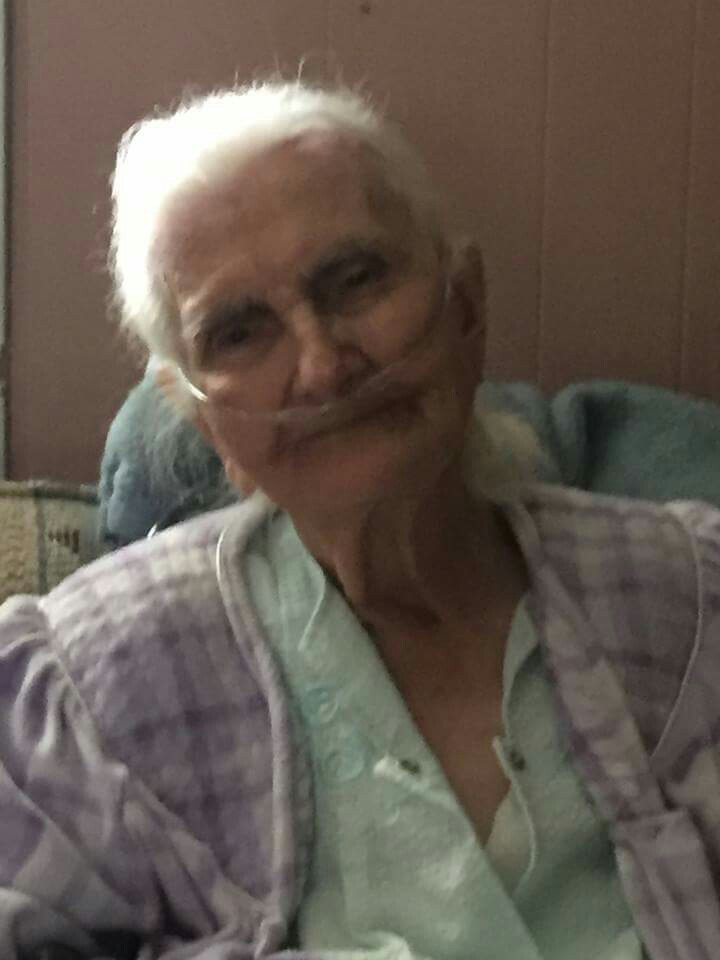 Born July 29, 1920, in Laurel County, she was the daughter of the late Gilley B. and Flossie Copley.

She was a member of Lily Holiness Church from the age of 14 and taught Sunday School for 70 years.

She leaves behind her loving family: son, Jack Smith; son, Jerry Smith; son, Jim Smith and wife Genetta; daughter, Gail Shifflet and husband Lonnie; 16 grandchildren and numerous great grandchildren.  She is also survived by many friends, including a very special friend, Mildred Sizemore.  She will be greatly missed.

Funeral services will be held at 2:00 P.M. Sunday, October 15, 2017, in the Hart Funeral Home Chapel with Bro. Claude Gilbert and Bro. Scott Gaines officiating.  Burial will follow in McHargue Cemetery.