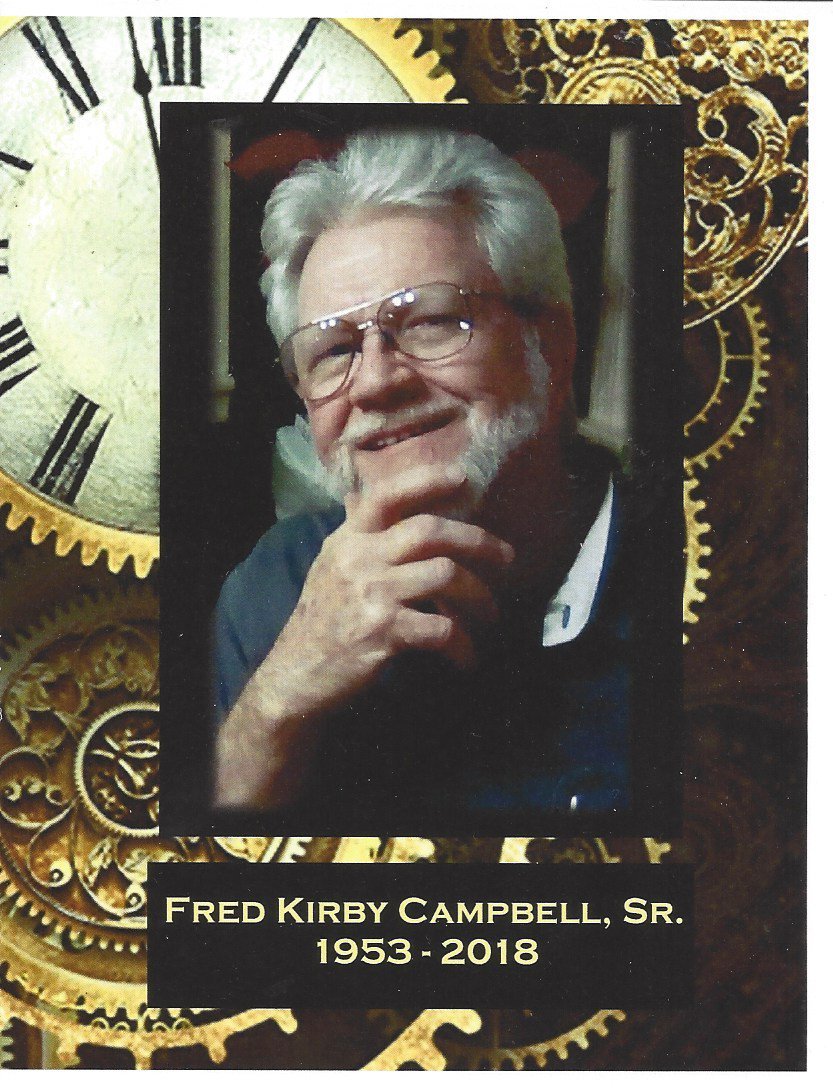 He spent most of his earlier career in sales.  Later he pursued his hobby and love of clocks and opened Clocks By Campbell in downtown Corbin.  Fred loved spending time with his family and working on his farm with his brother.  He will be deeply missed.

A celebration of life will be held at 1:00 P.M. Friday, December 7, 2018, in the Hart Funeral Home Chapel with Rev. Bobby Joe Eaton officiating.  Burial will follow at Worley Cemetery in Corbin.

In lieu of flowers, donations can be made to American Society of Clinical Oncology (ASCO) for small cell cancer research.