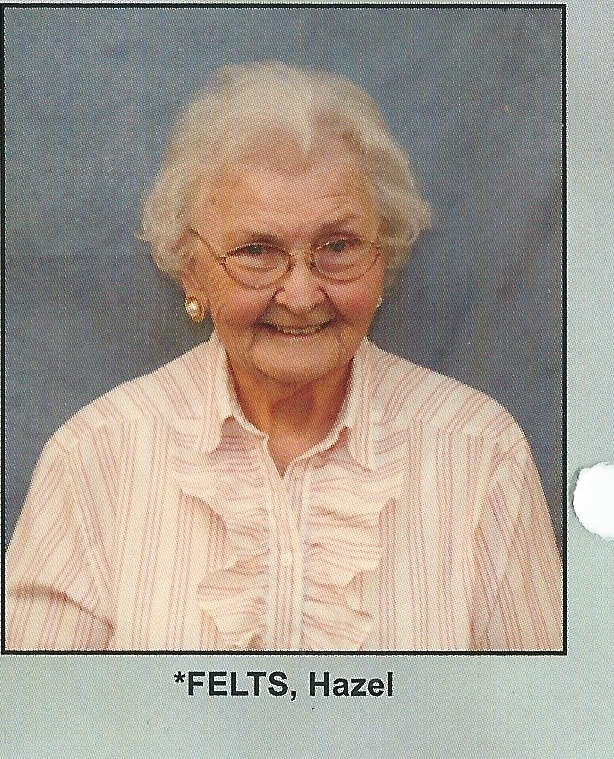 Born July 25, 1925, in Hazel Patch (Harlan County), KY, she was the daughter of the late George and Elizabeth Hill.

In addition to her father and mother, she was preceded in death by her first husband, Tipton A. Wright and her second husband, Earnest Felts; by two brothers: Robert Hill and Monroe Hill; and by two sisters: Bessie Hill and Kathleen Epson.

Hart Funeral Home, Inc., is in charge of all arrangements.