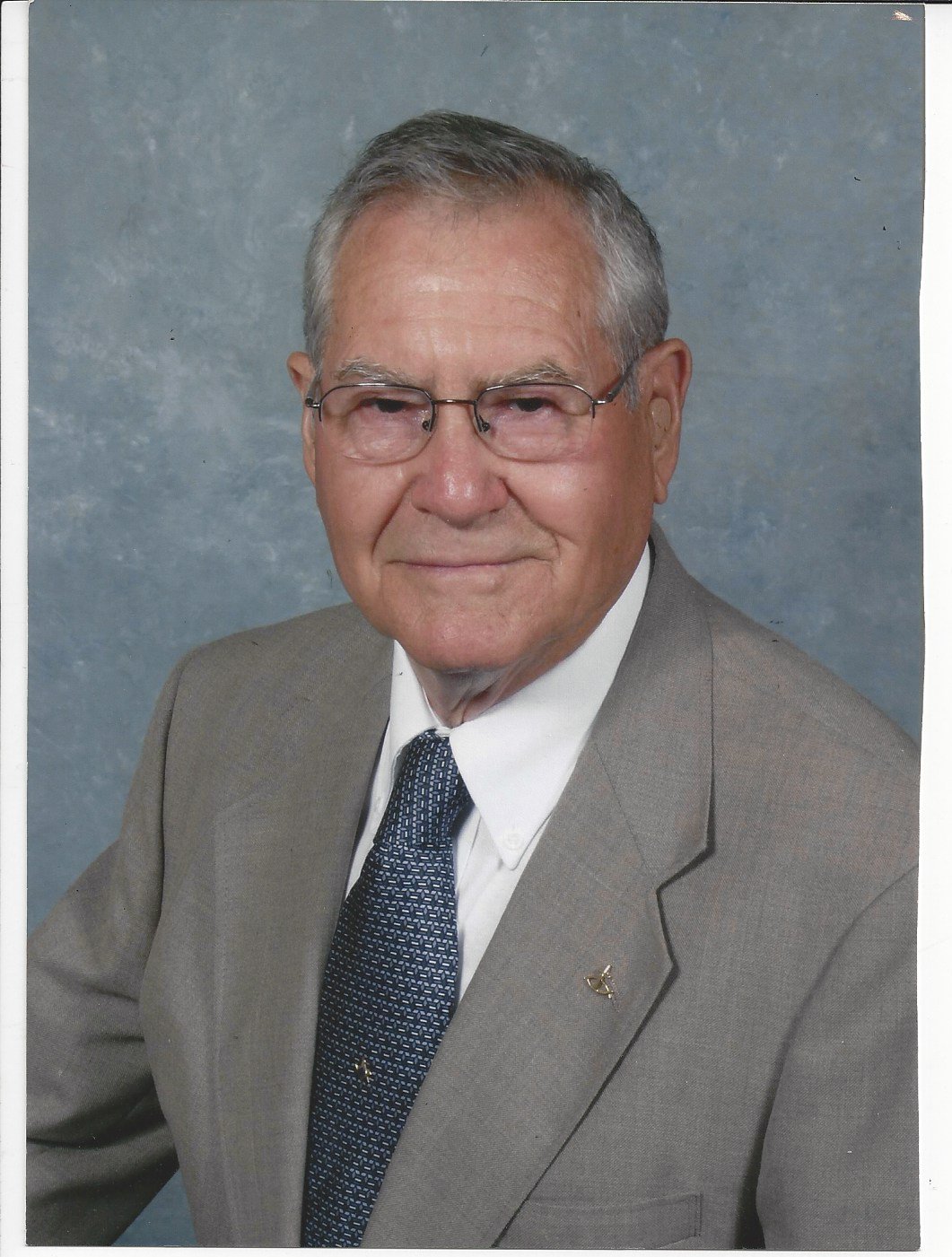 James Melvin Skeen, 94, passed away Monday, November 20, 2017, at Continue Care Hospital in Corbin.  Born September 12, 1923, in Woodbine, KY, he was the son of the late Rev. John Milton Skeen and Roxie Anna Harp Skeen.  He was born again in 1937 and joined West Corbin Baptist Church where he later served as teacher, deacon, and song leader.  In 1981, he transferred his membership to Central Baptist Church and continued to serve as teacher, deacon, and choir member for many years.

In November 1942, he was married to Anna Arriettia Wells and they were blessed with two sons: James Melvin Skeen II and David Alden Skeen.

Melvin was a devoted family man and a Christian gentleman.  He served his country during WW II as a gunner corporal of the 576th Field Artillery Battalion of the Second Army Division.  He had retired from Whayne Supply Company as a Field Service Technician and was a Past Master of Hugh Harris Lodge 938 F & AM.

In addition to his father and mother, he was preceded in death by his wife, Arriettia Wells Skeen; four sisters: Thelma Hinegardner, Pauline Skeen, Betty Smith, and Imogene Powers; and three brothers: infant Tommie Charles, Johnny, and Wendell Skeen.

Funeral services will be held at 2 P.M. Saturday, November 25, 2017, in the Hart Funeral Home Chapel with Rev. Levi Skeen and Rev. James Vandy officiating.  Burial will follow in Corinth Cemetery.

The family will receive friends from 11 A.M. – 2 P.M. Saturday at Hart Funeral Home, located at 1011 Master Street in Corbin.