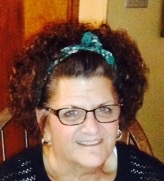 She was preceded in death by her daughter, Leesa Allen and her father, Andrew Ciabattari.

A memorial service will be held at 7:00 P.M. Friday, September 30, 2016, in the Hart Funeral Home Chapel with Pastor Vernon Morris officiating.

The family will receive friends from 5 – 7 P.M. Friday at Hart Funeral Home, located at 1011 Master Street in Corbin.