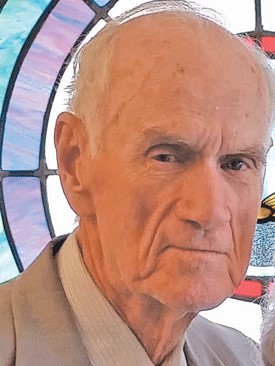 He was retired from the U.S. military, having served in the Air Force, Army, and Marine Corps.

In addition to his father and mother, he was preceded by his wife, Virginia Jones Logan and brother, Dallas Logan.

He leaves behind three sons: Richard Logan and wife Renee, Raymond Logan and wife Kim, and Stan Logan; several grandchildren;  sister, Joan Berry;  and two brothers: Freddie Logan and Donnie Logan; as well as other relatives and numerous friends to mourn his passing.

The family will receive friends from 3 – 4 P.M. Friday at Grace Baptist Church.