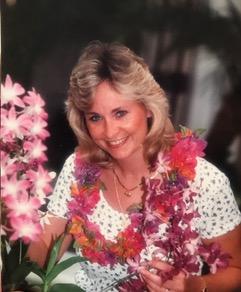 On May 25, 2019, Linda Gail Poynter Lewis passed away suddenly in her home. Her husband, Dennis Neal Lewis, passed away only four months and three days prior. Her daughters said that their mother always said she would be right behind him if anything ever happened to him, and they believe she died of a broken heart.

Linda was born in Cincinnati, OH, on June 8, 1957. She lived there a short time before moving to Keavy, KY. It was in Keavy that she met Dennis at a wedding at Locust Grove Church. They were married in July 1976 and immediately started a family. The two of them worked hard to provide a good life for their three girls. They took turns putting each other through school until they both became Registered Nurses.

They moved their family to Port Orange, FL, in the summer of 1989. They became very successful very quickly. They thoroughly enjoyed spoiling each other as well as their girls.