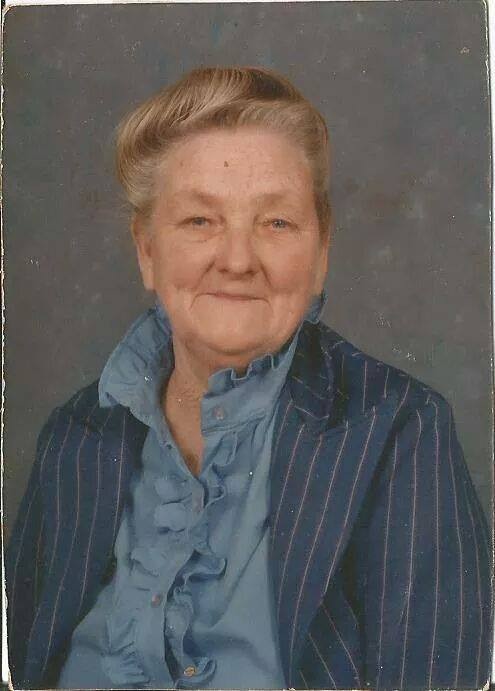 Born March 1, 1925, in Leslie County, she was the daughter of the late Samuel “Buck” and Debbie Brock.  She was a long-time member of Indian Creek Baptist Church.

In addition to her father and mother, she was preceded in death by her husband, Squire William Lowe; two sons:  William Ronald Lowe and Terry Michael Lowe; two brothers: Robert Brock and Rufus Brock; and two sisters: Rosie Browning and Sarah Jean Fields.

Funeral services will be held at 11:00 A.M. Wednesday, September 10, 2014, in the Hart Funeral Home Chapel with Pastor Mickie Smith officiating.  Burial will follow in the Lowe Family Cemetery at Gray with grandsons and nephews serving as pallbearers.

The family will receive friends from 6 – 9 P.M. Tuesday at Hart Funeral Home, Inc., located at 1011 Master Street in Corbin.

The family would like to express appreciation to the staff of Barbourville Nursing Home for the compassion and care bestowed on their loved one.