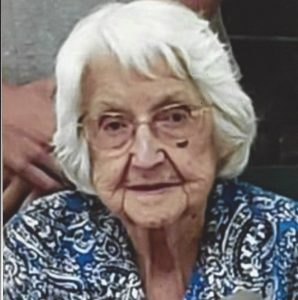 Lou was born on September 20, 1920, in Harlan County, Kentucky, to the late Charley and Polly King Pennington of Cawood, Kentucky. She was preceded in death by her husband, Julian T. Trosper, and her granddaughter, Michelle Trosper Chaffman.

Nan was known for her famous fried apple pies, Christmas cut-out cookies, and many more delicious sweets. She loved to sew, quilt, and crochet. She also enjoyed plants and gardening. Lou was of the Protestant Faith. She and her husband lived in Galion, Ohio, for over 30 years before retiring in East Bernstadt, Kentucky.