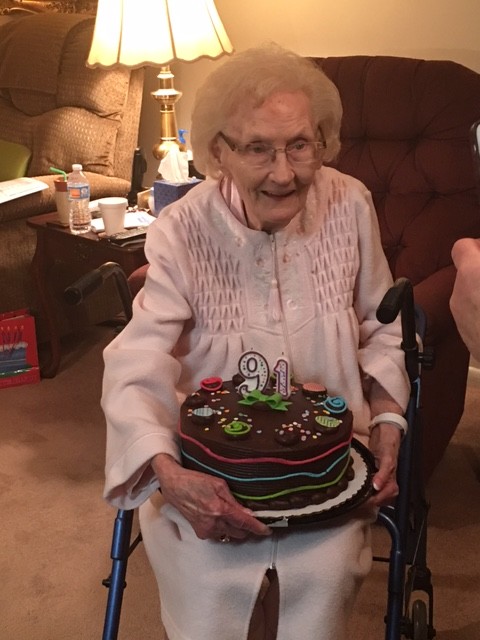 Marie (Goodin) Scalf, 91, of Cincinnati, OH, went to be with the Lord peacefully and painlessly on Sunday, June 18, 2017, at Hospice of Cincinnati, Blue Ash.

Marie was born in Corbin, KY, on January 24, 1926. She was the daughter of the late George W. Goodin and Ida (Peace) Goodin. She was preceded in death by seven brothers: Lonzo, A.T., Coyt, Amos, Malcolm, H.B. and Fessor Goodin, and one sister, Mossie Lee Simmons, and is survived by two sisters: Audie O’Nan and Sarah Imogene Alsip.

Funeral services will be held at 1:00 P.M. Friday, June 23, 2017, in the Hart Funeral Home Chapel with Pastor David Skrimager, Sr., officiating. Interment will follow in Corinth Cemetery with grandsons serving as pallbearers.

In lieu of flowers, memorial donations may be made to Hospice of Cincinnati.