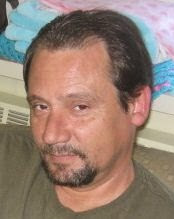 He was preceded in death by his grandparents, Lee and Beneda Prewitt and Rev. Lonzo and Nola Sharp.

Funeral services will be conducted at 2:00 P.M. Sunday, November 16, 2014, in the Hart Funeral Home Chapel with Rev. Terry Broughton and Rev. Raymond Hampton officiating.  Burial will follow in the Prewitt Family Cemetery in Keavy.