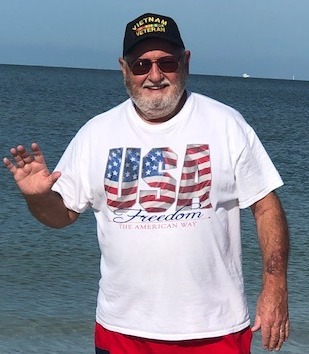 Chris was a 1964 graduate of Corbin High School where he played football for the Corbin Redhounds.   He later served his country in the United States Air Force in the Vietnam War, and was currently a member of the American Legion Post 88.  He was employed for 31 years in civil service and toured the world before retiring.

Chris enjoyed morning visits with his sisters and visiting his friend, Danny Wallen.  He loved cooking and family gatherings.  Traveling to Ohio to visit family and hunting with his friend, Keith Sanders, were also favorite pastimes.

Loved by many, Chris will be deeply missed.

Funeral services will be held at 2:00 P.M. Tuesday, January 17, 2023, in the Hart Funeral Home Chapel with Bobby Joe Eaton officiating.  Burial will follow in Pine Hill Cemetery.  Military honors will be conducted by the American Legion Post 88 Honor Guard.