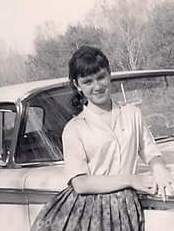 Born September 21, 1949, in Estill County, she was the daughter of the late Chester and Bonnie Hall. A gifted songwriter and singer, she was a member of the Stairway Bluegrass Gospel Group for several years.

Also, many friends and other family members will mourn her passing.

A memorial service will be conducted at 2:00 P.M. Wednesday, August 9, 2017, in the Hart Funeral Home Chapel.  The family will meet with friends from 1-2.