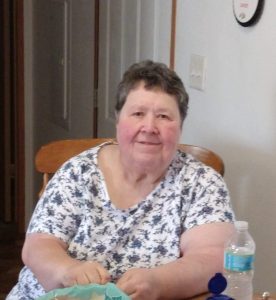 Sondra R. Williams, 71, of Corbin passed away Wednesday, October 21, 2020, at the University of Kentucky Hospital.

Born April 17, 1949, Sandy was the daughter of the late George and Georgia Patrick. In addition to her father and mother, she was preceded in death by her brother, Carson Davis; three sisters: Freda Liford, Tammy Patrick, and Brenda Bryant; and grandson, Benjamin Goodin.

A celebration of life will be held at 8:00 P.M. Saturday, October 24, 2020, in the Hart Funeral Home Chapel with Glenn Earl Davenport officiating.